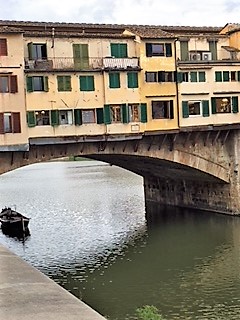 Planning a trip? Whether you choose to employ a travel agent or plan your own there are some things you need to know. First, there should be an arduous effort and a copious amount of time expended in the undertaking of the planning and preparation that goes into one’s personal travel plans, particularly when planning to travel abroad.

Ideally, before taking such a sought-after trip, you should seek out the United States Office of the Secretary of State @ https://travel.state.gov/content/travel.html for travel advisories and consider utilizing the crime and safety enrollment program for the areas you desire to visit. This advisory has a numerical assignment and easily identifies, the number which corresponds with the threat for instance number 1 is exercise normal precautions, while the very last one, number 4 is do not travel. Please heed any warning and or advisories associated with your prospective travels. Traveling much of Europe can be accomplished safely, particularly if you avoid troublesome “hot spots”. It is helpful to be read-up and utilize current travel periodicals concerning the customs and social climate of the region and countries you are intent on visiting. Talk to seasoned travelers who’ve visited or frequented the cities and countries in question to learn from them utilizing their depth of knowledge and experiences, etc. The thoughts of being the victim of a crime is foreboding and disconcerting enough, but it may be emotionally optimized by the thoughts of being far away and the ancillary unknowns associated with foreign travels. If you remain diligent and don’t make yourself an attraction or standout your chances of victimization may be lessened. Sadly, but if it’s any consolation note that fatalities associated with criminal occurrences occur in greater numbers within these United States than in Europe.

In June and July of 2018, we had an adventurous and wonderful time traveling abroad, having I spent approximately 30 days traveling throughout Italy, France, Spain and Croatia. Some places are a bit direr and suspect than others. For instance, and by way of example, while in Spain I was cognizant that the Catalonia region has been making noise of late about gaining their own independence. The demonstrations have been civil with most of what we witnessed was nothing more than a boisterous amount of signage (banners) touting many native’s political desires and aspirations; none too troubling though. While traveling, one should make a conscientious effort to avoid becoming immersed in political causes and or take sides. This can be accomplished principally by invoking good common sense, while obeying your intuition. Terrorism can be anywhere and with Europe’s open borders it’s easily transitional in a target rich environment. And in some instances, without pre-incident indicators. Europeans themselves are perceived as worthy targets and anything American such as a national hotel chain can be of interest to anyone possessed with an extreme hatred and radical ideology. My most recent trip was fraught with good times. While in France I paid close attention to traffic patterns and was more guarded for the appearance of some deranged vehicle operator, more-so than ever before. I try and remain vigilant too. I remember being in the Middle-East close to a couple of decades ago and witnessing a terrorist event. A saboteur carrying a satchel bomb set off the bomb at a local outdoor restaurant, instantly killing himself and three professional women acquaintances who had met for a casual lunch. The explosion and its aftermath were devastating as intended by those who sponsored such an intentional occurrence. Europe has its share of malcontents too. So be careful out there.

There are useful apps, such as “Translate”, “Money Conversion”and “WhatsApp” that may simplify your travels. Use Credit cards verses Debit cards to better ensure your purchases, etc.

Enjoy your travels and travel safely.

Posted in Threat Blog
← Survival in the 21st CenturyPersonal Abductions →