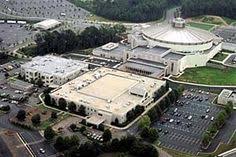 Churches are the tenants or outcroppings of one of our finest and most sacred of institutions – “Religion”. It is where worshipers meet, interact and enjoy a cathartic and redemptive religious experience. It is to that end, some mentally or emotionally maligned and discombobulated individual with or without cause may experience some perverse exhilaration extracting vengeance and wreaking havoc upon such soft and lofty targets. Particularly when religion perpetuates social order. As someone who has more than 45 plus years of security experience in both the public and private sectors, I sense we are on the precipice of a calamity. It’s a matter of time with the proliferation of  guns and the heightened concerns of parishioners, who no longer feel safe and are all-too cognizant of what previously occurred in Charleston, Sutherlin Springs and the most recent shooting at West Freeway Church of Christ, are resorting more and more to a means for self-protection. For many we live in a point and shoot era. Churches have rightfully buttressed their security concerns through a variety of ways, advanced technology, consultants, uniformed officers, internal security teams, security contractors or a combination thereof. The Achilles Heel for parishioners is the lack of training or inadequate training which instills discipline and exposes team flaws associated with cohesion and interoperability.  There are way too many minefields. We must train to the extent that when an unwelcome occurrence arises, we default to our highest level of training. Without question the police are the very best trained and equipped in physically stopping or interrupting an actual assault. Maybe fewer people would carry guns to church if we posted visible notifications touting, we have armed security personnel in our buildings and on our premises.

Conversely speaking, police may not be the most skilled when it comes to prevention-preemption finesse that shows a proficiency in a variety of optimum threat management strategies beyond effecting an arrest. Case in point, the police are strong proponents of protective orders. My position is you must have a reasonable understanding of the person the protective order is being directed at. In many instances, protective orders work well with stable and rational people. In other instances, a protective order sometimes exacerbates a matter. Additionally, police don’t have the luxury of time as someone with the proficiency of a professional security consultant or threat manager. They may not always be the best in preventing an actual occurrence. Consultants who are acutely knowledgeable in threat management may be better equipped to employ the most appropriate threat management strategy. Someone who knows how to assess and evaluate both material and constructive threats, someone who monitors the churches social media for chatter and leakage that is troubling or disconcerting, etc. For threats directed at the pastor, staff member or parishioners begins way before the person attends a service or even sets foot on the church’s property. Emails, letters, etc. are in many instances foreboding. Preliminary and ample attention must be given to all threats until you know more. For instance, does the person making the threat feel justified, can they carry out the threat, do they understand the consequences of their actions, are they capable of assessing other alternatives?  It would behoove a church to have a robust camera system that is monitored in real time. In large churches like that of my own, the appropriate training must be provided to all stakeholders such as, deacons, ushers, transportation/tram operators, security personnel who are rovers or have designated zones of operability; particularly given most offenders often telegraph their intentions.

We need a properly vetted security team that is trained in the use of force and close quarters intervention. Teams that are trained in recognizing troubling behavior and/or troubling situations. Greeters and security personnel trained to look beyond the mere presence of an individual, embracing the Israeli concept where the importance of greetings and personal interactions, engagements, have dual purposes, conducted and steeped in optics and forensics. Security teams must have security leaders where all security personnel “know the play called” and the ability to communicate an audible based on newly heightened concerns. We are creatures of habit setting in the same general area more times than not. An astute security officer often by virtual of his or her habitual zone placement readily recognizes when something appears amiss or out of the ordinary or a never seen before imposing visitor, displaying troubling characteristics. The security logistics for many churches are gargantuan like. My own church has been affectionately referred to as “the Mall of Jesus”.  It would take a couple of dozen church security team members and several uniform officers to provide minimal security coverage in that setting. Today, there’s been all too few churches under construction who fail to incorporate a CPTED (crime prevention through environmental design) concept into their construction. It could make security’s job substantially easier.

It’s difficult for many people to set aside the open concept of a sanctuary. Depending on our states geography and demographics many churches can’t get away from projecting a welcoming notion and still leave a door to the sanctuary unlocked after hours. I remember as a young Detective, one such case where an elderly parishioner who went into the sanctuary to pray and was subsequently approached and accosted by an individual in the late evening who robbed and savagely stomped and kicked the woman. Even though critically injured, she died some-time later, not necessarily as a result to the beating, but she clearly never fully recovered, even upon her subsequent death.

I’m not a hypocrite. Many people want to be armed and I recognize that; However, being armed entails a tremendous amount of personal responsibility. While sitting in my church this past Sunday and consciously armed I wondered, how many others? In terms of accountability, there’s little light between someone who deliberately intends to wantonly shoot and kill another in church verses the numbers of people who might go for weapons in the church during an event  and who unintentionally shoots and kills an innocent person(s). The risk is indeed freighting and worrisome.

Posted in Threat Blog
← Bullying Juxtaposed with BoycottingCoronavirus…Happenstance or Engineered →