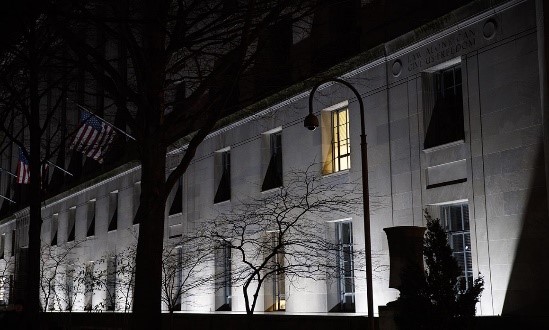 I’m not into conspiracy theories. I’m not a xenophobe.  I find no value in dangerous ideologies that unnecessarily stoke unsubstantiated fear. It’s only my curiosity that begs this question, if Coronavirus originated in China – how and why China?  Was it some quasi-natural pandemic phenom? Was it the byproduct of some unique “wet market” culinary delights, favored by many Asian people? Perhaps it was a deliberately cultivated bacterial hazard project of the Republic of China that may or may not have gotten out of control. The Chinese government has maintained plausible deniability and in fact, has undergone offensive posturing by blaming the United States and perhaps even others for this epidemic. Preposterous and too far-fetched, you might say? Maybe or maybe not. A noteworthy fact is Chinese Dr. Ai Fen found out about the coronavirus in December 2019. She publicly spoke out about the virus. She was shunned and reprimanded by the hospital committee and her information was scrubbed from the internet.  As soon as Wuhan’s travel restrictions were lifted, she disappeared and remains disappeared to this day.  Intentional or not, perhaps all of this is a pivotal learning moment for someone, even a rogue nation. Whether its Ricin, various chemicals and/or bacterial agents have always been of interest in wartime but largely so abhorred heretofore, by the civilized world where they were inevitably banned in the 1997 Chemical Weapons Convention. For those who conduct, and proffer wartime strategies could things be learned as to how paralytic the intentional infusion of bacterial agents could be?
As we speak one of our US aircraft carriers the USS Theodore Roosevelt with 5,000 sailors and airmen on board has hundreds of sailors being treated and or quarantined for the coronavirus. With that amount of sickened personnel, one can’t help but believe that the ship’s efficiency may be adversely impacted even though it’s been deemed “operationally capable”. It currently steams towards Guam for proposed medical intervention and to reunite with those who have already been extracted from the ship. Intentional or happenstance? Irrespective, China has ownership and it’s far more provocative if it was intentional. Would China do such a thing at the expense of their own people? Who knows? But, I believe there may be elements within the Chinese hierarchy not unlike some other one-time oligarchies and dynasties like Cambodia’s Pol Pot and the Khmer Rouge who wouldn’t even blink an eye if they were instrumental in the loss of a few 100 thousands of its inhabitants to advance their obsession for weapons of mass destruction. Our war colleges teach how to win wars. Underdeveloped nations don’t have that luxury. But they will always be looking for ways to defeat their adversaries or invoke world notoriety. How we transform and fight to win evolves. A derivative of this concept has precedent. As early as the 1860s during the War between the states, and then again in Vietnam in the 1960s, victory was defined in other ways. Simplistically, a sniper’s lethal shot took out a single soldier. A non-lethal shot on the battlefield often busied and took out of commission not only the one tragically injured and on the average, two additional soldiers. There are way too many fanatics that are trying to exact their revenge at the expense of Americans. Covid19 has it’s American detractors too. There is nothing more insidious and dangerously menacing than an evil, vile man. It takes a lot to become so hate-filled at a young 36 years of age. So, enters Timothy Wilson who I wrote about a few days ago; he selected and accelerated a plan to attack a hospital with a vehicle improvised explosive device, where sick coronavirus patients were being treated in the United States. It was said that Wilson was chocked full of racial, religious and anti-government animus. America has enough to worry about with this pandemic.  The mere fact Wilson met his Waterloo at the hands of the FBI, dying from a gunshot wound does not sadden me. At this juncture can you surmise the depth of accountability.
For the thousands of deaths and the hundreds of millions of untold loss, revenue will never be rightfully recouped and accounted for. And, it may create a barrier for acknowledging for any sort culpability. The sad part is there are likely some hostiles who may not be altogether dis-enjoying all that’s going on. Never mind that you and I may not buy into the depravity of this being intentional or whether the Chinese Government has bloody rich germ covered hands. For our economy tanked and China and other nations profited with their new-found wealthy investments. And lastly, If it’s not now, when will it be? Imagine a country that can create windows of vulnerability and then they or their proxies that launch their own attack at a time and place of their own choosing. Dangerous times indeed.