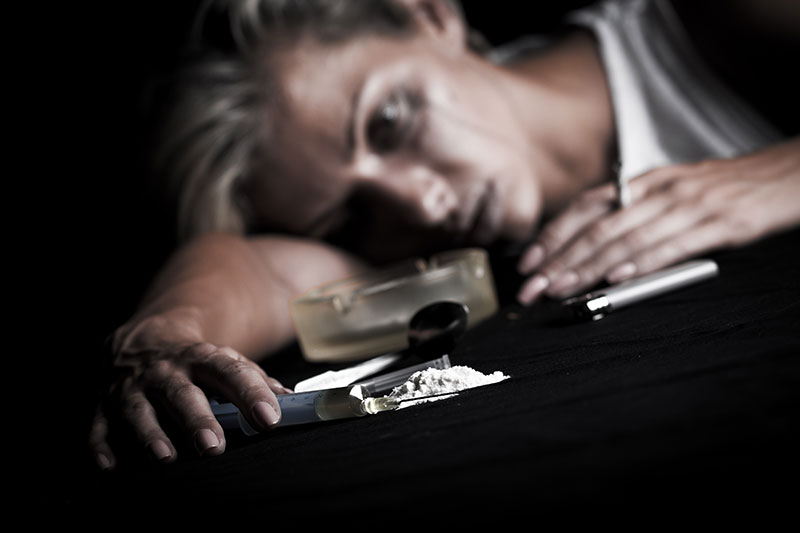 It seems befitting the National RX Drug Abuse & Heroin Summit was held in Atlanta, Ga, this past week.  Atlanta and its suburbs has been the home to an unheralded number of Heroin overdoses and deaths, of late.  Atlanta’s demographics are ripe for focalizing on why people in big cities and their suburbs oftentimes lend themselves to the perpetuation of substance abuse.  There are parts of this city that remain acutely vibrant, growing with a plethora of job opportunities and challenges.  And yet, like many other cities, there are complexities associated with stagnation as well as decadent parts of the city where meaningful employment is all but non-existent, where broken and dysfunctional families are the norm and crime readily flourishes as a way of life.  There are places like the “Bluff” where it’s a daily heroin filled struggle between life and death virtually every hour of the day.
Regrettably for many heroin did not rise to the level of concern, as long as it was relegated principally to the urban areas of America’s big cities and largely used by societal dregs.  My how all of that has changed! Heroin overdoses have become so prevalent that police and other emergency responders have been issued Naloxone (Narcan) in more than 28 states, all who have comparable programs and other life saving measures geared towards overdoses.

We must know by now making “substance abuse” principally a law enforcement matter is fraught with shortcomings and even systemic failures. It simply hasn’t worked. We’ve largely ignored the abuse and addictions associated with pharmaceuticals. Doctors are sometimes way too obliging in pain remediation, often times beginning with highly potent and addicting analgesics. Once in the addiction rut, it becomes increasingly more difficult to function without the lawfully prescribed substance.  All too many times society has perpetuated the castigation of those using “street drugs” while totally ignoring throngs of thousands who have become totally dependent on lawfully prescribed pharmaceuticals. And yet, the number of deaths linked to opioids soared to more than 29,000 in 2014, the highest number on record.

There has been far too much diffused and misdirected energy in drug enforcement and/or the means and measures we go about apprehending and ultimately incarcerating drug offenders.  We don’t need more laws we need fewer and certainly, we must enforce the one’s we have.

In these United States we house and maintain approximately one quarter of the worlds incarcerates with approximately 2.2 million people currently behind bars.  We have what some would consider to be draconian laws, many aimed at recidivist which seemingly have too little effect on lessening the occurrence of crime and criminality.  By in large, a judge’s discretionary powers have been subjugated and it’s past time to revisit a failed and fledging penal system that does far too little, all the while vacillating from one extreme to another.

We’ve devoted too much time and attention towards Marijuana eradication, which in and of itself is in a confused state of enforcement.  Some states have decriminalized the substance while the Federal Government’s DOJ summarily elects to not enforce the criminal provisions associated with its governance. Marijuana, certainly is not the “bogey man” it was once labeled and to that end, law enforcement should not be pitted against the general will of the populace. Although, it’s extremely difficult to determine the origin of one marijuana plant from another and more importantly outwardly gauge the potency of delta-9 tetrahydrocannabinol (THC) all of which has made legislative action “for or against” more difficult to achieve.  State legislatures should repeal and revamp useless laws that do little good in protecting society from itself.  Regarding Marijuana… Law Enforcement should be largely relegated to enforcing marijuana laws when necessary, particularly as it relates to “impaired drivers” or “stoned workers in the work place” or if the substance is a contributing factor, in more heinous crimes.

Adding to our ambivalence, our President’s administration is releasing federal prisoners who have committed largely “victimless drug crimes”, at a high rate. There were better than 6,000 federal prisoners scheduled for release as of this past November 01st.  The fact of the matter, many of those scheduled for early release were charged with ancillary offenses. About a quarter of the inmates who are in our prisons for drug offenses acknowledge they have committed ancillary crimes to get money for their drugs. The cycle to self-medicate is a perpetual problem. If our states follow suite with their prisoner releases our crime rate will likely worsen, perhaps significantly.

Many of our cherished intuitions have failed and continue to fail. The family, the most important at least in my mind’s eye, has arguably more of a diminished influence than ever before.  Without the family, loved ones or even significant others our prospects for a wholesome – healthy, drug free life begins to notably wane.  There is little wonder that “controlled substances” fill the void in all too many people’s lives, more so for at-risk youth.

There must be a unified and concerted effort between our citizens, cities, states and the federal government to work in concert, to attack the problems associated with hard drugs whether its pharmaceuticals such as Dilaudid, Vicodin, Fentanyl or street drugs like Heroin.  The varying legislative bodies and courts along with our physicians, mental health practitioners and social services must play a more accompanying, integral and crucial role in the ultimate reformation and sustainability of our youth and even the prison population. As for now, often times when prisoners are released they’ve become hardened and angry. Gainful employment is more difficult, than ever as is reintegrating with society. We must always go to great measures to protect and ultimately humanely punish those who have little to no regard for the sanctity of life or the property of others. Social boundaries must be clearly defined and enforced.  However, the majority of prisoners will be released, post confinement. I’m certainly not a softie on this issue but we can do much better in preparing those who have offended and become incarcerated with a better means for reintegration.  Otherwise, this problematic way of how we punish offenders’ fails to change and the problem remains as it is now, self-perpetuating and with unending less than stellar results.