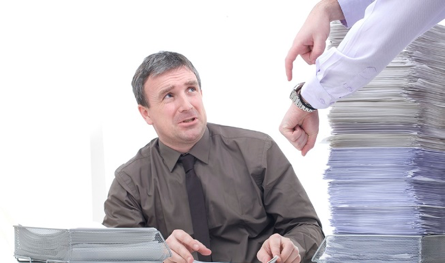 Although the word Kryptonite was seemingly first associated with mythical heroes, mainly Superman’s fictional universe, today it is seemingly as paralytic in the workplace as it was for the superhero back then.  What is behavioral kryptonite? It is heightened and crippling elements of discord that lends itself to incivility in and out of the workplace.  I coined the term behavioral kryptonite principally because I thought kryptonite could readily be identified with; whereas, the word when applied to certain actions and behavioral characteristics creates total dysfuncton and undermines a company’s functionality. Like many problematical behavioral precursors (such as bullying, harassment and intimidation etc.) in most instances, Behavioral Kryptonite™ is not altogether fatal even though in the most egregious of instances it’s pathway may very well culminate in lethality.  When workplaces become toxic the outcome is generally not a welcomed one.  It’s often a “delicate fold” to ensure adequate discipline without unnecessarily hobbling ingenuity and employee morale. But the opposite, i.e. micro-managing is not only formidable it’s equally detrimental to the workplace.

For your employees and co-workers, it’s paramount to be resourceful, promoting healthy dialogue and practice effective listening. Whether its peer-counselors, human resources, laudable management practices, employee assistance programs or other professionals outside the organization we should diligently strive for a robust, healthy work environment.

It’s not always easy to accept new ways and ideas particularly when there seems to be an emotional disconnect with the intended recipients.  I spent most of my past working years working in the public sector (law enforcement) before going into the private sector, Cox Enterprises, Inc. run by Atlanta magnates.  Cox Enterprises, Inc. is a wonderful company with a stellar workforce. So, to hear criticism of the company by its employees was virtually unheard of and I had many occasions to travel and interact where the then 73,000 plus employees worked. My-my, what a diametrical contrast between those two entities. Law enforcement operates principally with an astute, principled command structure that is largely ill suited for the corporate world.  However, today’s law enforcement has borrowed and incorporated vestiges of the private sector’s personnel strategies into its way of life and procedures as a way of bridging the gap with those they serve and promoting healthier life balances, which is a win-win for all. We sometimes learn in the most difficult of way’s.

From the sidelines, I’ve witnessed behavioral kryptonite manifest itself through the years but, perhaps none more memorialized in my memory than in Vietnam when young-field green Lieutenants were allegedly, and almost ceremoniously, “fragged” by their own troops. In today’s age of civility such seems almost unfathomable, huh?  The fresh Lieutenants brought into the war academician’s ideal’s as to how the war should be best fought and won. Some of those “grunts” who were fiercely engaged in the day to day arduous fighting thought they would surely be killed via their own leader’s devout incompetence, inexperience and a total reckless disregard for their own lives; hence the emergence of revenge rationale. Although the circumstances may differ, in many ways, it’s not unlike what is occurring in all too many workplaces, today i.e. emotional disconnect.  Perhaps much of this aberrant behavior in the past was attributable to Post Traumatic Stress Disorder (PTSD).

Workplaces will never be or remain sterile environments, nor should they. They are a petri dish of sorts for a variety of issues and problems.  We spend much of our waking hours in the workplace. When you sense and or know of an issue, its highly important to keep on top of it from the onset.  Early and appropriate intervention is the key for a successful resolution. Although I’ve helped engineered the safe separation of thousands of employees over the years, barring some financial necessity we should do all we can to salvage employees, when humanly possible. We all know bad behavior can metastasize and create a contagion mentality. Before or if this occurs, the core problem must be excised for the greater good, thus in some justifiable cases the employee must be willfully separated from the company, in a timely fashion.  Otherwise, Behavioral Kryptonite’s environment will likely weaken the company’s operational integrity creating opportunities for “wrong doing” and even potential litigation via negligent retention, negligent supervision, etc.

When workers are separated from the company depending on the person and/or the situation the ex-employee may have little more to do than ruminate about having been done wrong. Whether its Jimmy Lamb who executed several co-workers at his UPS jobsite in San Francisco or David Burke a disgruntled USAir worker, who had been recently separated, unbeknownst to his own boss boarded his plane as a passenger and when airborne killing his boss and then the pilots. The plane subsequently crashed, killing Burke and all aboard.  Many of these instances involve collateral fatalities, victims who did not know the offender or never allegedly wronged the offender. These aggrieved murderers exacted retribution upon their intended victims at all costs. For many victims, it happens to be people in the wrong place at the wrong time.

Even when some things seem innocuous, not all our tolerance thresholds are comparable one to the other and truly knowing and readily serving and attending to the needs of your employees will serve you well. Gravity should be given to recognizing there are workplace behaviors and manifestations that are unsuitable and inappropriate for the workplace.

By way of example, when an employee is bullied, emotionally harassed or harangued in the workplace and if he or she sought intervention and afterwards the behavior does not subside but continues the employee may sense their only alternative to seek redress is to impose their own will and style of punishment. That too is unacceptable. When appropriately following up on the matter would likely reveal the issue had not been properly remedied. So, it’s not sufficient enough for a supervisor on behalf of the company to merely act. The action taken must be sufficient to rectify the problem.

The work environment is what you make it. If allowed, with an ill-equipped workforce and poor supervision and management skills the workplace will easily turn into a sordid state. If employees don’t want to come to work because they are unhappy and/or have ample distrust for management’s ability to keep them safe and resolve problematical issues, absenteeism will be rampant and productivity will drastically wane.

I am a strong proponent of “managing by walking around”.   For management, being accessible and in touch with your employees is paramount.  We’ve known and reiterated the importance of early and appropriate intervention.  “Nipping problems in the bud” and doing it early on is most helpful.

diffusing BEHAVORIAL KRYPTONITE™ …it’s what we do that sets us apart.

Posted in Threat Blog
← Our Government’s Diffused and Unsettling Drug InitiativeA Jigger of Humanity: “Risky, Sour, on the Rocks” →