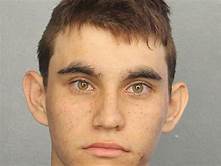 With so many shootings of late, as evidenced in Dayton Ohio, El Paso, and Odessa Texas, often the state of the shooter’s mental acuity or the existence of an accompanying mental illness becomes instantly circumspect and the topic of much consternation and even intense debate. For the record, I recognize most mentally ill people are acutely harmless to others and it is they who more often become the victims of wrath and the vengeance of others.

So why so many shootings now? What has changed?

There have always been far more guns than there ever were people so the proliferation of guns can only be but one of many precipitating factors. The fact guns are so readily available is yet another cogent point worthy of consideration. I’m not a mental health clinician and I don’t diagnose, label or treat those who are afflicted.  However, I am one who studies threats and threat wielders and affirmatively build behavioral composites on those who threaten or who may pose a threat to others for a sundry of reasons, whether real or imagined.

Let me state emphatically most people are good and thankfully very few are amoral. We are told that approximately one in four people have some mental health issues and that most are entirely functional.  Too often I’ve voiced my dismay and disappointment in how we’ve regionalized mental health treatment and how treatment administration has become understaffed, largely out-patient and administered through self-medication, so I won’t be redundant. In essence, it has largely become a SEP (somebody else’s problem)

Let’s just ponder for a minute. Has sublime mental health issues become culturally incubated only to unwearyingly manifest itself in some snarly way? When the neurons are properly firing (uploading/downloading electrical impulses) we are generally happy and copasetic. What happens when we can’t control our impulses? When the “ID” overwhelms a faltering “super-ego”?  It’s a mental health issue just described in dual modalities. It’s the Ted Bundy and Elliot Rodgers of the world.

I’ve talked about “anger” and “emptiness” as pathways to violence but, we can’t forego impulsivity either. Although, we can’t fully articulate the “craziness” in someone who’s the likes of Stephen Paddock (the Las Vegas Mandalay Bay shooter) whose motive is still not fully understood, even today.  I believe very few people would conclude that social factors alone drove him to commit one of this nation’s most egregious acts of violence ever committed by a single actor. I’m comforted in knowing that most people are well-grounded in the nurturing and promulgation of relationships typically precluding becoming part of the psychologically unhinged. What comes to mind now is our (in)tolerance thresholds and selfish patterns of behavior that may very well be attributable to much ongoing incivility.

Sadly, it’s become way too easy to explain the inexplicable with labeling one as “he’s crazy” or “mentally ill” for that’s a misnomer. One mental health expert recently stated “While these killers may not be mentally ill, they are not mentally healthy, are they?” opined: Carolyn Beauchamp, President of the Mental Health Association in New Jersey.