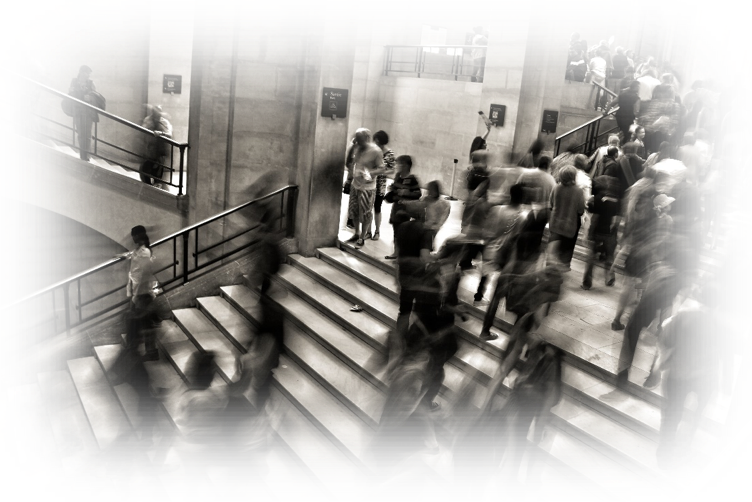 “Social Distance” is the degree of acceptance or rejection of social intercourse between individuals belonging to diverse racial, ethnic, or class groups. Webster Dictionary

Since early on Americans have clamored to social niches that reinforce their age-old beliefs and respective ideologies. The way we communicate, interact and our perception of others is intrinsically linked and influenced by our families, through “learned behavior” and Cooley’s “Looking Glass Self”, all espoused via a paternalistic hierarchy. That brand of influence is undergoing change. The “Baby Boomers”, most particularly Gen X and Millennials have developed prevailing and competing interest with an insatiable appetite for information via non-traditional means. Whatever the information and whether it’s true or false we consciously or unconsciously gravitate to it. It’s the dynamics of personal and group psychology. We intentionally become passionately entrenched in our preconceived perceptions and behaviors while adhering to a rigid form of steadfast correctness, and not being amenable to another’s viewpoint or ideas. This polarization allows for one to formulate the strongest of opinions and viewpoints on a plethora of topics and perspectives. The problem comes about when the “divide” is inadvertently deepened and becomes adversarial in perpetuity. Distancing begets social clustering; infrequent interactions and the furtherance of emotional bonding is weakened. The infused fervor and strength are emboldened in group dynamics who by their similarities have become more formidable. Invariably, they are the people whose ability to be resourceful and intellectualize through encounters with troubling people and troubling situations, whose alternatives will be limiting. Their restrained discourse ultimately becomes ineffectual and does little beyond espousing contempt for others, and the irritable reflection of misery.  And, in the most extremist of forms its grandiosity results in blatant isolation. Isolation may not be a causation of violence but merely a symptom. However, polarization invariably nurtures apathy. To advance a point, few of us can relate to not caring at all whether you physically injure or worse yet killed someone. And, to kill without compunction, which is too much of what we witness in today’s world is unfathomable. The cause may not be from being amoral, more identifiable with a Sociopath but the dysfunctional synergy of it all may very well have underpinnings in apathy itself. Imagine, harboring vestiges of acute apathy, not perceiving your fellow man as being worthy of life. Its these tenets I learned early in my law enforcement career as a Special Threats Negotiator, then called, “Hostage Negotiators” in the 1970’s wherein we early on tried to facilitate the creation of bond(s) with the hostage taker and hostage(s). There are ways to better engender a cooperative and helpful spirit, even in the most extreme of circumstances. The thinking then, as it remains now is its more difficult to inflict harm on someone you have bonded with than it is in which you know little to nothing about. For its difficult to physically assault or murder someone or something you value and love. That concept differs in intimate relationships wherein in many instances atrocious occurrences are enveloped and carried out in the name of love. One of the principal precursor’s in assaults and/or malice murder is anger. Anger is the fuel of animus. Logic and critical thinking often dissipate’s in a whirlwind. Our social lairs are enclaves for people who seem philosophically more aligned. And, those who attempt to undergo sorties into our proverbial camps are deemed unwelcome and intentionally rebuffed. Regrettably, proverbial skirmish lines have formed around politics, religion, social stature, race and nationality etc., to name just a few social incendiary points. One by one we begin to depreciate and even invalidate the opinions and values of others, sometime for the most innocuous of reasons and sometime the most abrasive of reasons prejudices and bigotry backfill the void. I say this to reiterate how we may be devolving and how our emotions are being back-filled with unbecoming thoughts and ideas. Its more than, a contrast, or diverse people with diverse ideas. Its ideology, for what else could cause a “Republican Congressional Baseball Team” to come under attack by an assailant, critically injuring one of the participants. What else led to the September 09, 2018 attack of congressional candidate Rudy Peters (R) who’s seeking Eric Swalwells(D) congressional seat. Notions of disharmony are constantly being regurgitated and foisted on others who become overwrought and emotional about the need or even the existence of others who don’t see things as they do. So, is there a causal relationship between violence and social distancing? The answer, however latent may or may not be in the affirmative, but the one sure thing is, social distancing is social clustering, it places the adherent in an environment that lends itself as a conduit for individuals who are predisposed to discord and who invariably find themselves on the precipice of failing to advance any decorum of civility. Its only when grievance resolution seems out of reach and unattainable, wherein acts of violence may serve as an alternate platform that things become “testy”.