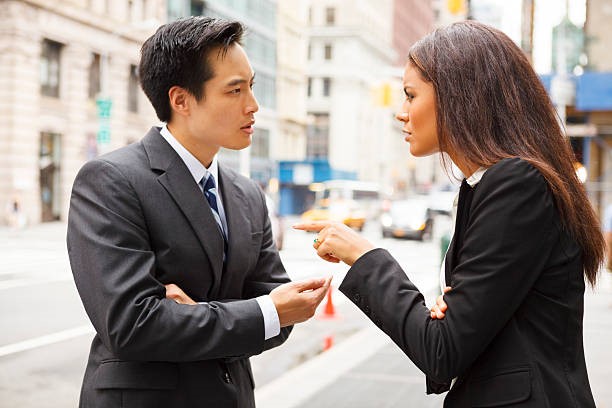 When this topic came to mind, it did so almost “tongue and cheek” but, my opinions soon evolved into how extremisms we subtly embrace, can be causes for perpetual injustices and when left to their own devices may contribute in the threat culture. Unchanneled discord can and often does express itself in the most unwelcome of times and ways.

When thousands and thousands of mostly young people took to the streets in “March for Our Lives” to protest a given cause, such as what may erroneously be perceived as gun caused school violence, were they representing their own idealistic values, fears and interest, or that of their schoolmates, friends, family or some other cause celeb? There is likely some modicum of truth wherein all the above play some limiting role in their emotional evolution. Certainly, kids of school age are not likely to walk out of school or skip school in genuine protest, absent their parents conceptual “green lighting” of    such a venture, whether directly or indirectly. They may even be proxy carriers of familial emotional baggage and used by cause specific financiers.  As for me, there is some empathy I harbor towards their cause with respect to some of their concerns, albeit limiting. By way of example, I agree with conducting more stringent background checks and provisions to better interface with appropriate mental health records. With attempts to purchase firearms, our concerns are more similar than dissimilar and that comes from a vociferous 2nd amendment proponent. However, the drawback comes about when you realize their celeb cause issues runs counter to a significant portion of society where we value our constitutions second amendment, where their cause advocates the injection of a far bigger role of our governments involvement, with greater regulation, limitations and oversight. Sides have been formed, battle lines drawn, wherein the youth of our nation are largely pitted against aging, established adults who see things in diametrically opposing ways. The contrast is the youngsters want to be taken seriously and influence what they believe is needed change. Conversely, we adults see their efforts as being haphazard and expansive and doing little if anything towards creating understanding and harmony. This kind of synergy has been stoked by legions of people, to include Hollywood moguls, philanthropist and constitutional revisionist. Emphasis has been placed on what some would call the murderous AR-15. The fact of the matter is, the AR-15 in close quarters such as a classroom, beyond its heightened velocity does not perform all too differently than a typical 40 Cal semi-automatic pistol with multiple and extended high capacity magazines. By way of example, the rounds expended from a pistol in a like fashion, for 6 minutes and 20 seconds the time in which Nikolas Cruz shot up the Marjorie Stoneman Douglas High School at Parkland, Florida may from a fatality perspective may not be too dissimilar yet largely conceptionally unfathomable to many, because of the “assault rifle” mantra.  Conversely speaking, learned people know the issues is not with so-called assault rifles but merely the individual who has committed to a lethal pathway for a sundry of reasons.

Metaphorically speaking I remember as a child playing hide and seek and tag where whoever was “it” would count and then seek to find you and you had to seek refuge at a previously identified base.

When “It” discovered you, the race was on, you are racing towards base with “it” trying to tag you before you could get there.  As simple as that was our proverbial base where we are safely ensconced, barring outside interferences has all but disappeared from our lives.  It seems we are constantly vying one with the other excessively accentuating our differences and oppositional posture, as opposed to heralding the things we have in common. Solace has become evaporative and no longer provides the needed respite where we can purge unwanted emotional lingering’s and cool our jets before being off to our next undertaking or challenge. There are too few refuges for the mind anymore. Change has been abrupt.

Masculinity is under attack and feminism has become fashionable, even though arguably dysfunctional when invariably we pit gender against gender and not so much from trying to level the playing field. Surely, radical feminism and chauvinism are equally detestable. We all frown on misogynistic behavior and feminisms exponential growth may be a direct result and refutation of that kind of unwelcome behavior.

Ethnocentric behavior can be laudable but, conflicts often arise when over the years a new, diverse and sizeable populace rightfully emerges occupying this new land and now vocally promulgates changes often contrary to a country’s native population. Our country’s problems are magnified when immigrants gain lawful access to our country and instead of assimilating into our culture they strive to enact or prolong vestiges of their very own. This sometimes pressures us to invoke change and to be less accommodating sometimes in the most unwelcome of ways.

When social platforms begin to invariably contribute to the social malevolence of those already with conflicted and troubled minds they find banalities for anger or impulsivity to strike out at those with differing ideologies and perspectives.  Americans are divided, and social cohesiveness has become an evaporative commodity. But, rest assured social distancing is troubling and provocative in as much as it allows for an unhealthy Chasm to exist, thereby bringing people to the brink of conflict. For it is much easier to find value in those you admire than it is to find tolerance and value in someone you dislike, disrespect or worse yet deem repugnant.

In many instances, we are the enemy of ourselves. We need not rationalize unacceptable and reprehensible behavior. However, it is needless and emotionally taxing to charge every proverbial windmill. Sadly, the need for being tolerant is neither ill-conceived or wholesomely embraced to the degree it should be.

Posted in Threat Blog
← Investigations, Interviews and Other Lawful Investigative TechniquesTraining – A Lifeline to a Company’s Efficacy and Employee Efficiency →