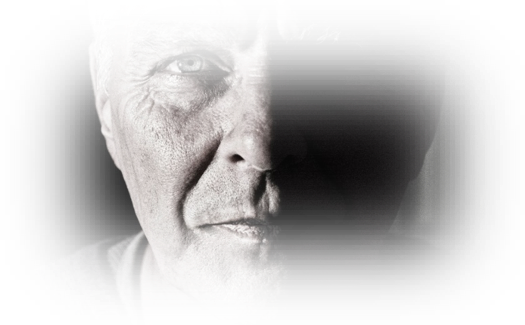 I believe most people agree that even with healthy people, human behavior can be finicky. Add to the mix any number of environmental, physical and emotional belligerents and/or neurons misfiring or not properly directed our sometime anguishes become amplified. The human being is resilient and when our coping mechanisms are sound and intact, we can overcome problematical or troubling emotions. We often are taken aback by experiencing substantial grief, tragedy or disappointment but most are robust and when working through problems and or issues we often land back on our feet. However, for many to rebound is infinitely difficult when perplexing characteristics remain ominous.

One of many precursors in Identity Disturbance is “EMPTINESS”. I will address many other characteristics in future writings.  But to my point, a person may experience acute emptiness for an infinite number of reasons, such as a “loss”. It may be a divorce, loss of a loved one or job, etc., all complexities and formidable drivers of angst and further emotional conflictions. A variable such as the onset of diminished coping and/or diminished inhibitions can foist an unwelcome changed and different person, one who views others with distain and contempt. The troubled person’s problems are self-perpetuating inasmuch as creating an environment where chronic rumination occurs. Emptiness begets emptiness. A person becomes withdrawn and emotionally aloof and this is further complicated if there are none or too few emotional bonds. Even though individual behavior is impossible to predict, the individual is spiraling downward. It becomes difficult to see positiveness in one’s day to day struggle of existence. Suicidal ideology is imminently and dangerously provoking, not just for the individual but, perhaps for others too. For there is only a 90-degree separation and half a second from someone whose trained a weapon on them self to now pointing their gun at another.

A person that is suicidal can be purposely dangerous to others. Viewing others with contempt and a lessening of inhibitions needs little more than a triggering mechanism. These justifications often are oddities to us but make plenty of sense to the offender.  In a case I was involved, justifying one’s behavior becomes more than happenstance as described in this portion of the letter written by an emotionally discombobulated Mark Barton and left at the scene after killing his family and before embarking on one of Georgia’s largest killing sprees ever. Barton wrote: “I am so sorry, I wish I didn’t. Words cannot tell the agony. Why did I? I have been dying since October. I’ll wake up at night so afraid, so terrified that I couldn’t be that afraid while awake. It has taken its toll. I have come to hate this life in this system of things. I have come to have no hope. I killed the children to exchange them for 5 minutes of pain for a lifetime of pain. I forced myself to do it to keep them from suffering so much later no mother, no father, no relatives”.

Imagine loneliness and solitude where that way of life becomes the normal with no sounding boards and left to one’s own devices to sort out conflicting reasoning and ideas.  Ian David Long, the troubled Thousand Oaks shooter had also written in an Instagram posted around the time of his shooting,“It’s too bad I won’t get to see all the illogical and pathetic reasons people will put in my mouth as to why I did it…fact is I had no reason to do it, and I just thought… f***it life is boring, so why not?”  Most everyone will have episodic bouts of emptiness but, it is usually not pervasive and to that end it is common to transition out of limited depressiveness.

Emptiness is daunting…life shouldn’t be boring at least to the extent that whether one lives or dies is inconsequential and so apathetic that one is committed to taking out other people.  In matters such as this, immediate clinical intervention is in order.

Stay tuned for next month’s featured article: “Anger” as a Pathway to Violence.