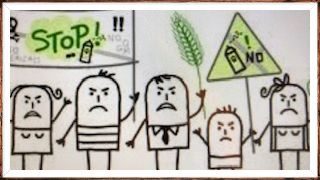 Way too often we see instances where bullying plays an integral part in recompensing for the unjust actions of another. It does not require someone to be professionally trained and developed in threat management to understand the agonizing behavior of being bullied. Bullying is revolting!  We should not tolerate bullying in domiciles, schools or the workplace, given the unpleasantries associated with victimization and the potential dire consequences. Parents, teachers and witnesses are taught early intervention is the key in order to abate the plethora of problems associated with these distasteful, unwelcome occurrences. Kids are taught to resist and respond to bullying behavior in legitimate and non-violent ways. Our thought process is the sooner we can address and stymie these issues the sooner normalcy prevails. Bullying lends itself to the emergence of anger and hate, which are well-known precursors to violence.
Bullying is described in the dictionary as “seek to harm, intimidate, or coerce” (someone perceived as vulnerable). The irony of bullying is although, its consequently condemned on a personal level, conversely bullying is a mechanism that organized groups and adults consistently embrace and practice, often under the guise of another name. Just as, “one man’s terrorist being another mans’ freedom fighter” or “one man’s trash is another man’s treasure” it becomes a matter of perspectives. It’s a less-tactful way of leveraging or interposing one’s idea or methods over another.Too many institutions and organizations have a great deal of difficulty in terms of tracking true to their course when groups with contravening ideas interrupt their intended course. A recent example of this social conundrum is with the plight of the Salvation Army. It’s there that detractors have proclaimed the Salvation Army is not in touch with the LGBTQ community.
There are many instances where protestors sought some form of reprieve or redress whether it was against Abercrombie & Fitch, Wall Street or some lesser known entity. It looks an awful lot like rationalized bullying.Thereby the problem percolates upward where we often proclaim one thing and model or demonstrate a different behavior or practice. How can we engender the idea that bullying is unacceptable when we tacitly approve a different standard of bullying altogether? If you believe these examples are improper parallels when thinking of demonstrations or boycotts, etc. just remove the intimidation and see what it becomes, you may find it’s little more than a flaccid meaningless endeavor, if I can say that without there being a contradiction of terms.

Even with proper parental nurturing “right” is not always easily discernible. It largely depends on the actor and their circumstances. However, what is noticeable may be oblique, convoluted and inter-meshed with other slivers of information that seemingly contradict, so the truth is often evasive. With so many spins put on a story or observation the way others see it has to be very challenging whereas, even the most inexperienced of minds could fall under the sway of something or someone with some malicious intent.

For a society to thrive…right must prevail!  So, exactly what is right? It doesn’t come easily or even naturally; it must be sought out and valued. If you don’t see the absolutes you bend to the mold. “If you don’t stand for something, you’ll fall for anything”. Our gullibility may very well be the bane of our existence but only time will tell.