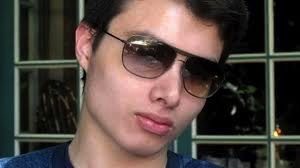 Heretofore, I’ve devoted time and attention to various symptoms of Borderline Personality Disorders. In this edition I want to discuss impulsivity as a pathway to violence. Not all impulsive behavior manifests itself in dangerous behavior but, some do. When impulsivity promulgates risky or self-destructive behavior therein lies the problem.

Even though the behavior may be counterintuitive it is often a means of exhilaration for one who seems to be ensnared by their own unhappiness, albeit temporary. Impulsivity clashes with and sometimes overpowers internal inhibitors thereby, creating interludes with risky and sometimes thrill-seeking destructive behavior.  Add to the mix illegal or controlled substances and you’ve force-multiplied the dangerousness. If inhibitions have taken a back seat daring becomes emboldened and uncaring therefore, immediately becoming a commodity of no consequence.

Idit Shalev from Yale University and Michael Sulkowski from Florida State University discovered “receptor flaws” in the frontal lobe specifically in the prefrontal cortex where executive functions are in charge of decision making and judgment. This means that the brain nucleus located in the decision-making part of the brain takes a detour and looks for the quickest way to receive a reward without much thought or work. Decisions and actions undertaken and not steeped in logic are more times than not regrettable ones.

Eliot Rodger comes to mind when thinking of how one invariably becomes consumed by rumination and impulsivity. Rodger had emotional difficulties as early as eight years of age and had been seen by a psychiatrist well before enrolling in college in Santa Barbara, California. He soon became an “incel” (involuntary celibate) and soon an avowed misogynist, even though he thought of himself as “the perfect gentleman”. To reveal what seems to be vestiges of his narcissism Rodger said, I am a drop-dead gorgeous, fabulous, stylish, exotic gem among thousands of rocks, he wrote.  Rodger had Aspergers which contributed to his social clumsiness and ultimate ostracization. It’s not uncommon to learn of violent offenders with Borderline Personality Disorders to be plagued by a host of multiple disorders. According to a New York Times article dated June 01, 2014 concerning Rodgers it indicated, a significant mental abnormality needs little more than a perceived precursor for pathway ignition.Eliot Rodger’s disdain for women and healthy heterosexual relationships erupted on May 23, 2014, on a rampage when he shot, stabbed and used his vehicle to run down bicyclists and pedestrians killing 6 and severely injuring many more at Isla Vista, California. Rodgers then put a bullet into his own brain. It was post-death when his lengthy manifesto was discovered and it revealed the gravity of his conflicting and murderous interludes.
Posted in Threat Blog
← Adverse Childhood Experiences…The Marring of AdulthoodAlways Stay Humble and Kind with a Vigilant Eye →